Bryan Singer puts the X-Men franchise back on track. 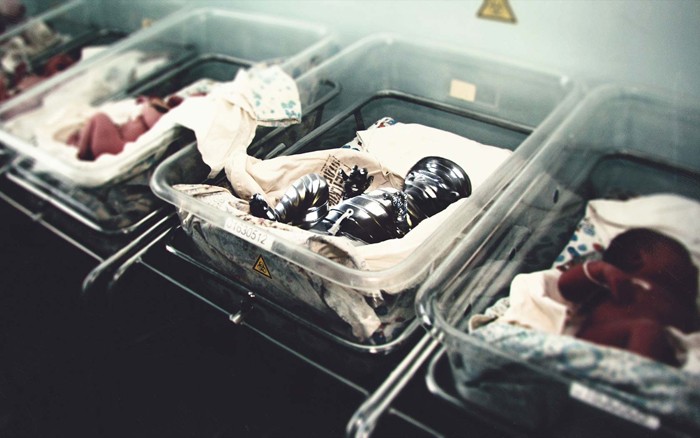 Like an endless, cosmic soap opera in hormonal overdrive, the X-Men saga has spanned 50 years of Marvel comics, a confounding tangle of subplots, mysteries, romances, and shifting alliances, all set to the beat of a sci-fi allegory about tolerance. It’s a perplexing world, even for some diehard fans, and must seem daunting to outsiders, though clearly it works: The X titles have been a sales juggernaut (pun intended) for decades, and the big-screen franchise has spawned seven installments since 2000, generating box office and merchandising profits so massive you’d need an enhanced brain to calculate it all.

The Fox mutant movie universe is just as crazy as the printed one, with waves of strangely powered characters popping up like weeds to replace the ones shoved aside, even as more tendrils grow to ensnare an already mangled continuity. Director Bryan Singer (who helmed the well-regarded original two films) returns in an attempt to tidy up a bit of the mess made since he left, though he opts to use time travel as the cleaning tool, which is always complicated. The result is a witty, meta attempt to dot all the X’s, mashing up the original cast and the retro re-boot stars from Matthew Vaughn’s X-Men: First Class, while correcting some of the worst mistakes made in the series’ lowest moments (anything Brett Ratner did).

The plot borrows elements from John Byrne and Chris Claremont’s seminal comic stories, a bit of The Terminator, a dab of The Matrix, with lots of Watergate-era paranoia and funkiness thrown in for kicks. Faced with annihilation by indestructible mutant-hunting robots in a dystopian future war, the last remaining X-Men, including old foe Magneto (Ian McKellen), discover a loophole that allows Kitty Pryde (Ellen Page) to “phase” consciousness back in time. And with a psychic boost from an elderly Professor X (Patrick Stewart), they opt to send the durable Wolverine (the ubiquitous Hugh Jackman) into his own body, all the way back to 1973, to prevent the war before it can begin.

His mission is to stop radicalized shape-shifter Mystique (Jennifer Lawrence) from assassinating human inventor Bolivar Trask (Peter Dinklage), as her act inadvertently accelerated plans to build a mechanical army of destructive Sentinels. The time-displaced Wolverine also has to give a pep talk to the depressed younger version of the Professor, played by a terrifically nuanced James McAvoy. After the events of First Class, Xavier has been sulking around his lonely mansion, brooding over his failures and getting addicted to a serum that heals his wounded spine, but at the cost of his incredible mental abilities. With a hand from the brainy, acrobatic, and furry Beast (Nicholas Hoult) and hyper-fast reprobate Peter, aka Quicksilver (Evan Peters), the heroes foolishly break their greatest threat, the metal manipulating Eric/Magneto (Michael Fassbender), out of a plastic prison in the basement of the Pentagon. He’s dangerous and unpredictable, but the “Mutants first” Magneto is the rival that Prof X needs to inspire his better angels, and smartly played by Fassbender, he’s just so damn magnetic, in every sense.

The jailbreak, involving a clever, “bullet time” take on super speed, is a highlight in a film loaded with snappy dialogue, winking in-jokes, and a fistful of terrific performances that add a layer of emotional resonance and moral complexity, grounding the material even as it threatens to fly away in a blizzard of flying shrapnel.

The ’70s flashbacks don’t just provide jokes about bellbottoms and Roberta Flack on the soundtrack, but grounds the material in a patina of grit and authenticity, peculiar to that era. Of course, themes of revolution, techno-phobia, and social upheaval are right at home in the “Me Decade,” but President Nixon (Mark Camacho) isn’t even the scariest baddie here.

Singer’s visual imagination, Simon Kinberg’s smart, funny script, and the lead actor’s charisma is enough to breeze us up and over the abundant loose ends. Dramatic overcrowding means Halle Berry’s Storm is basically relegated to one action scene and three lines, but she fares better than poor Anna Paquin’s Rogue. For all its overabundance, Days of Future Past brings a welcome bolt of fresh energy and sophistication to a genre that’s threatening to punch itself out.

X-Men: Days of Future Past is rated PG-13, runs 131 minutes, and is in theaters Friday.