Hollywood calls together its older male stars for a comic romp that isn’t all that funny. 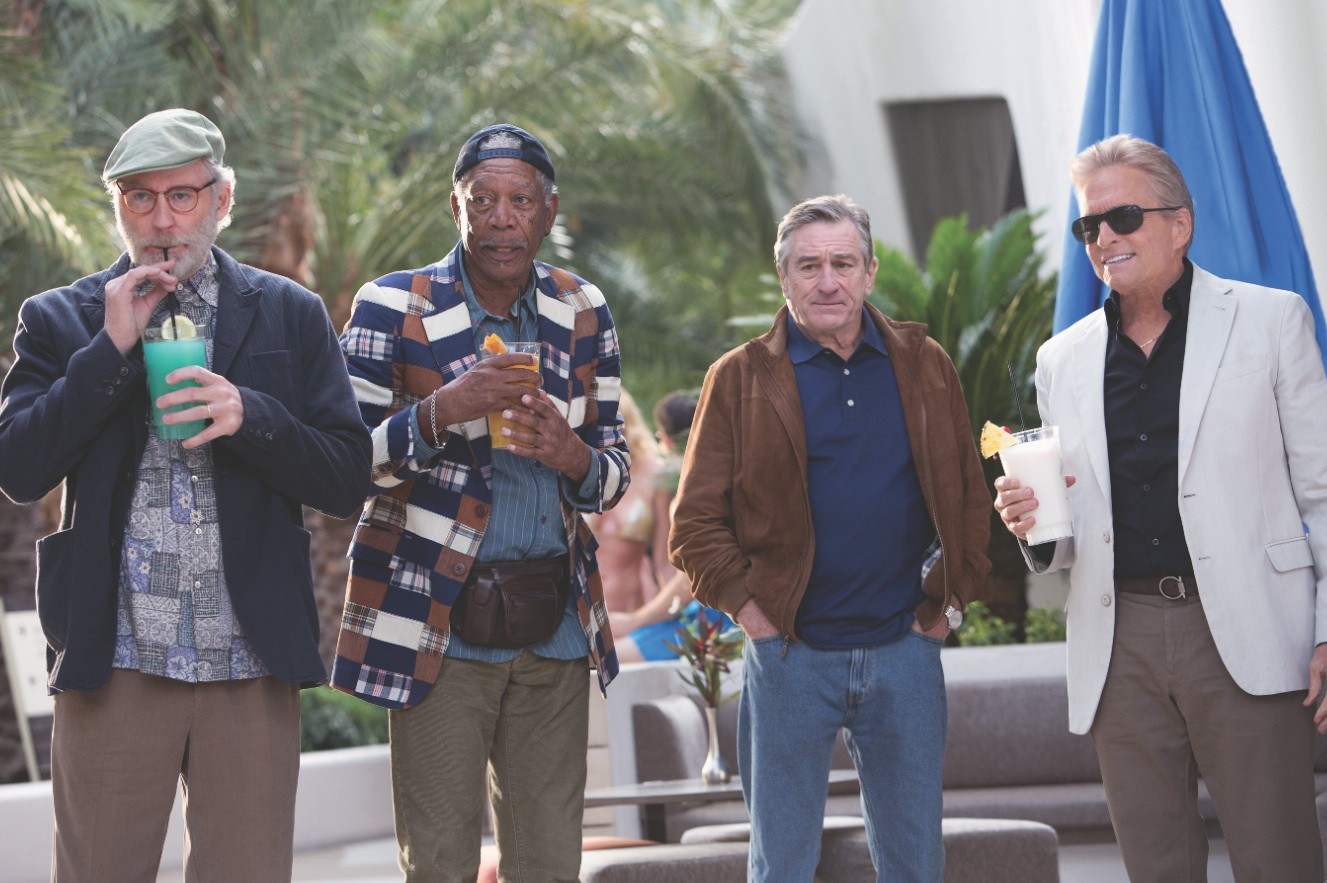 We’ve never before seen Robert De Niro, Morgan Freeman, Michael Douglas and Kevin Kline crammed on a movie poster together, and this would be an impressive spectacle if it were 1992.

Previously, the salaries of these actors would prohibit their co-billing, but today you can bundle them for early-bird-special prices. It’s a damn shame, then, to see such a talented bunch in a regrettable project that is as indigestible as day-old scrambled eggs in a casino buffet.

Last Vegasis a listless exercise in product placement and brand management, in which the promise of seeing such legendary performers together will supposedly cover for the lack of worthwhile material. Sadly, that isn’t the case at all.

The plot involves the reunion of lifelong friends “The Flatbush Four”: Archie (Freeman), Sam (Kline) and Paddy (De Niro), who come together for the wedding of flashy L.A attorney Billy (Douglas). Like most of Douglas’ characters, Billy is a shameless, skirt-chasing playboy, though he’s finally settled on wedding a woman nearly half his age; his pals mercilessly mock him for marrying a fetus throughout the film’s running time. The guys are summoned like a geriatric Justice League, and assembled in Las Vegas for a big blowout weekend, where they intend to party like it’s 1973 — if their artificial hips don’t give out first. Cue the tired gags about Viagra, Lipitor, hearing aids, sagging flesh and afternoon naps.

There is a mild bit of drama to go with the feeble comedy, as De Niro and Douglas revisit a feud over a mutual lost love, and then squabble again over Mary Steenburgen, who pops up as a retiree-turned-lounge singer. When not clowning around, these wily coots like to punch out young punks who disrespect them, which is as crowd-pleasing as it is implausible. Michael’s father Kirk, along with Burt Lancaster, did this same act back in the ’80s in Tough Guys, and the “geezers gone wild” genre is always waiting for new Hollywood AARP members.

The majority of the “action” takes place at the Aria resort, a snazzy-looking casino that must have thrown some serious dollar at the project, as so much of this is like an extended infomercial. There is no other reason for this junk to exist, save for the influx of gambling cash.

The jokes are as creaky as arthritic joints, and, as likable as these old pros are, the experience is dispiriting. This is a film that older folks will feel compelled to see and younger people will find impossible to like. Sadly, you can get the same low level of comedy for free on CBS, without leaving your easy chair.

Last Vegas is rated PG-13, has a running time of 105 minutes and is in theaters now.