Jodorowsky’s 12-hour 'Dune' didn’t get past the planning stages — but what might have been? 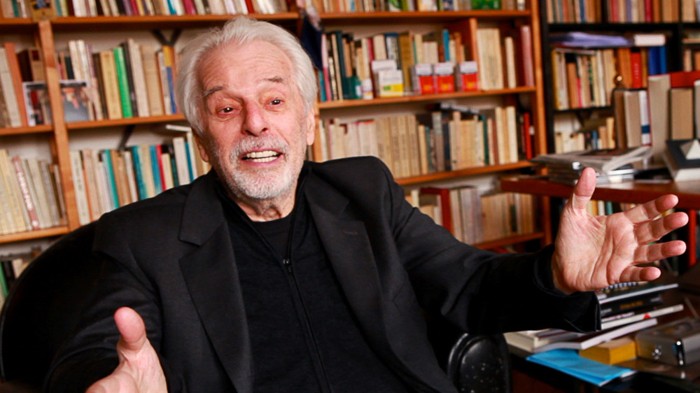 Courtesy photo.
"My sand-worms were only this big."

“I was raping Frank Herbert, but … with love,” —Alejandro Jodorowsky, describing his big-screen plans for Dune.

When I reach my 80s, I hope I’m half the dreamer and charmer that 85-year-old Alejandro Jodorowsky is today. The iconoclastic director of such hallucinatory surrealist films as El Topo and The Holy Mountain gets the full-on fanboy documentary treatment in Jodorowsky’s Dune as director Frank Pavich chronicles the Chilean filmmaker’s failed quest to adapt Frank Herbert’s sci-fi epic Dune to the big screen.

Planned several years before the release of Star Wars, Pavich is convinced (along with others) that Jodorowsky’s shoulda-woulda-coulda masterpiece was destined to become the greatest science fiction film ever made. It’s hyperbole, of course, but imagining “what if” can be fun, especially when you consider the talent and vision the cult director envisioned for Herbert’s interstellar epic.

One thing Pavich makes abundantly clear is that Jodorowsky dreamed big. He spent two years crafting a script (without having ever read the book) and recruited French comic artist Moebius to handle the storyboards — which weighed in at 3,000 pages. His goal was to create a movie that would re-create for audiences what it felt like to be on LSD, thus enlightening all of humanity. He also envisioned the film to be 12 hours or so.

Of course, today we’d laugh at such grandiose claims, but Jodorowsky managed to assemble an impressive roster of talent to help bring his vision to life. Salvador Dali, Orson Welles, Mick Jagger and Pink Floyd all signed on. Rejecting special effects wizard Douglas Trumbull (2001: A Space Odyssey) as being too greedy and arrogant, he drafted Dan O’Bannon, sci-fi novel artist Chris Foss and then-unknown H.R. Giger to help design the film’s look. Seeing how each bought into Jodorowsky’s ambitions and catching glimpses of the resulting illustrations and storyboards — which the director still preserves in a colossal illustrated screenplay (three were made at the time) — it’s hard to deny that his vision was nothing short of spectacular.

Pavich also makes the claim that several of Jodorowsky’s ideas influenced (if they weren’t pilfered by) iconic moments in several Hollywood sci-fi blockbusters that followed — everything from Alien’s nightmarish set designs to Star Wars’ climactic lightsaber duel to android POV shots in The Terminator to the universe-spanning tracking shot that popped up in Contact. Again, many of these assertions are more wishful thinking than truth. Star Wars was clearly homage to the swashbuckling serials of the past and the universe shot was first seen in Charles and Ray Eames’ Powers of Ten, but there’s little doubt that Jodorowsky’s ideas certainly preceded those examples.

Pavich’s greatest asset is Jodorowsky himself, who proves to be a wonderful storyteller, winning us over with his energy and charm as he explains the logic behind his ideas and recounts amusing anecdotes about how he enlisted and negotiated the involvement of his cast and crew. To Welles, he promised on-set meals by his favorite Parisian chef, to Dali he offered to pay him (per on screen minute of appearance) more than any other actor in history. The filmmaker was clearly a savvy, if eccentric, operator and damn if you don’t start to think that maybe he could have pulled the whole insane thing off.

And, yes, Jodorowsky is still a little bitter. After all, not only did all his planning and creativity come to naught, he subjected his son Brontis to two grueling years of full-time martial arts and combat training in preparation for his portrayal of Paul (a decision he now voices some regret over). Though business partner and French producer Michel Seydoux both invested and raised substantial sums to bring Dune to fruition, no Hollywood studio would sign on. Eager to recoup some of his losses, Seydoux sold off the rights to Dino De Laurentiis, who eventually produced (with his daughter) the disastrous 1984 adaptation directed by David Lynch.

Pavich and industry fans like director Nicolas Winding Refn (Drive) assert that Jodorowsky’s vision of Dune would have set science fiction cinema on a path very different than the one eventually charted by Star Wars — that its success would have ushered in an age of intelligent big screen speculative fiction. Given the mercurial talents and extravagant ambitions involved, it seems far more likely the film would have eclipsed Heaven’s Gate as a studio-busting flop. Still, it’s nice to dream, and Jodorowsky certainly offers up a wondrous image of what might have been.

Jodorowsky’s Dune opens Friday April 18 at the Maple Theater in Bloomfield. It’s rated PG-13 and has a running time of 90 minutes.