So, can I spank you or what? 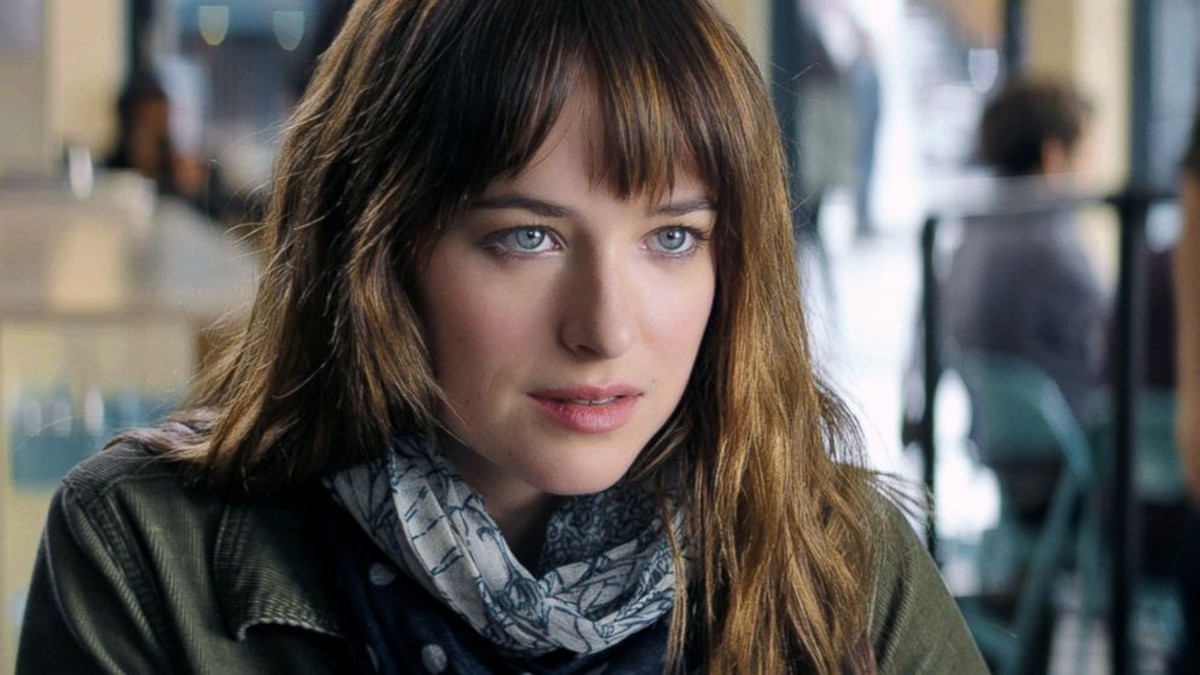 Pop quiz: You’re an English literature major about to graduate from college. You have never heard the words “butt” and “plug” used in conjunction with one another. How hard would it be for you to figure out how said butt-plug, ahem, works?

Because for Anastasia Steele (call her Ana), the independent-minded yet virginal protagonist in the big-screen translation of E.L. James’ self-published-novel-turned-runaway-best-seller Fifty Shades of Grey, the name of this seemingly self-explanatory sex toy might as well be the riddle of the Sphinx. Yup, Ana’s the kind of girl who looks up in awe at a generic-looking Seattle skyscraper and whispers, “Wow.”

Newcomer Dakota Johnson (daughter of Don Johnson and Melanie Griffith) plays the bookish but beautiful coed, who interviews 27-year-old billionaire Christian Grey (Jamie Dornan) for her college newspaper and ends up falling head over … well, we’ll get to that.

First, can we talk for a moment about director Sam Taylor-Johnson’s dogmatically literal production design, which seems to think that “Fifty Shades” refers to Benjamin Moore paint swatches? Suits, ties, office suites, marble floors, and even Christian’s leggy assistants — who look like they stepped out of a Robert Palmer music video (or, worse, a Helmut Newton photo shoot) — are all clad in a rainbow of monochromatic hues. For a heaving bodice-ripper about sexual kink, the art direction is awfully sterile, recalling the works of David Cronenberg. Sleek it is. Sexy it is not.

Even Anastasia’s naked body is presented as more of a study in aesthetic shape and form than the physical embodiment of sexual passion and longing. Taylor-Johnson (Nowhere Boy) shoots her two leads with all the eroticism of a well-designed floor lamp, which is, perhaps fitting, since Kelly Marcel’s script gives the characters nearly as much depth.

But back to the story. Hunky, humorless Christian becomes ravenously attracted to our spirited young heroine and starts wooing her with all the creepy, controlling charm of American Psycho’s Patrick Bateman. He shows up at her workplace to buy duct tape and plastic ties, he chastises her for drinking, he sells her VW without her consent and replaces it with something sportier, and he whisks her off to Seattle in his helicopter — all before firmly warning that there won’t be any romance in their relationship.

The crux of the drama — nearly half of Fifty Shades’ running time — revolves around whether Ana will sign the multi-page contract that will officially make her Christian’s “submissive.” His chiding inflames her to respond with coquettish “maybes,” coy “I’m not sures,” and troubled “I haven’t decided yets.”

Perhaps I am missing some gender-coded nuance that makes James’ story less vapid and creepy than it seems. But I suspect the real reason for Fifty Shades of Grey’s popularity is a combination of media hype and a near absence of quality alternatives. Female sexuality has never fared particularly well in the male-dominated book industry. After all, is any literary genre ridiculed with the scorn that’s reserved for romance novels?

If there’s a bright spot to be found in this dull and dreary film, it’s in Johnson’s performance. Though she doesn’t share an ounce of chemistry with her co-star, and the script can’t decide whether Ana’s an independent-minded woman or a fickle doormat, the young actress does a credible job of giving her character both dignity and vulnerability. If only the film had half her talent.

Fifty Shades of Grey is rated R and has a running time of 125 minutes.