Cara Courage is already out after getting the job in February 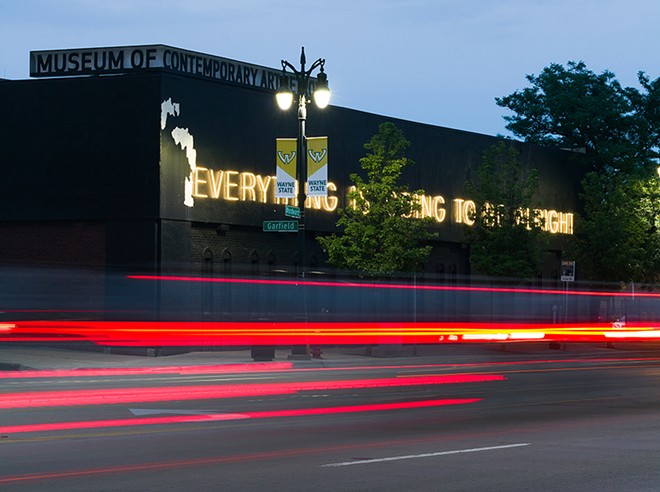 The Museum of Contemporary Art Detroit has parted ways with yet another executive director, Metro Times has learned.

The museum named Cara Courage as its latest executive director in February, following an 18-month search that started in 2020 in the aftermath of allegations of a toxic workplace under the museum’s previous executive director. But a spokesperson for the museum confirms that as of last week, Courage is no longer with MOCAD.

“MOCAD’s Executive Committee can confirm that the Museum has parted ways with Dr. Cara Courage as executive director,” the spokesperson says. “After lengthy conversations, both Committees decided to rescind their offer of employment. They wish Courage all the best in her future endeavors, and they thank her for her service to the museum.”

No reason for the change in course was given. Courage did not immediately respond to a request for comment.

Courage previously served as the head of the Tate Exchange at London’s Tate Modern, experience that was touted by the museum. “Courage brings worldly leadership and expertise from the arts sector with a specialization in collaborative placemaking and activist arts, which she will use to center Detroit’s communities in developing MOCAD as a site for positive social, diverse, and equitable change,” the museum said when it announced her hire.

The spokesperson says that MOCAD is now looking for a new leader, though the role will be somewhat retooled. The search will include Detroit-based candidates.

“MOCAD’s Executive Committee and Search Committee are taking immediate action to move forward with a search process for a new executive leader that aligns with MOCAD’s institutional values; will lead it into an innovative, equitable, and inclusive future; and will serve Detroit by connecting it with the global art world, presenting the best of contemporary art,” the spokesperson says. “The committees will work together to redefine this role to be more strongly focused on the artistic vision of the organization.”