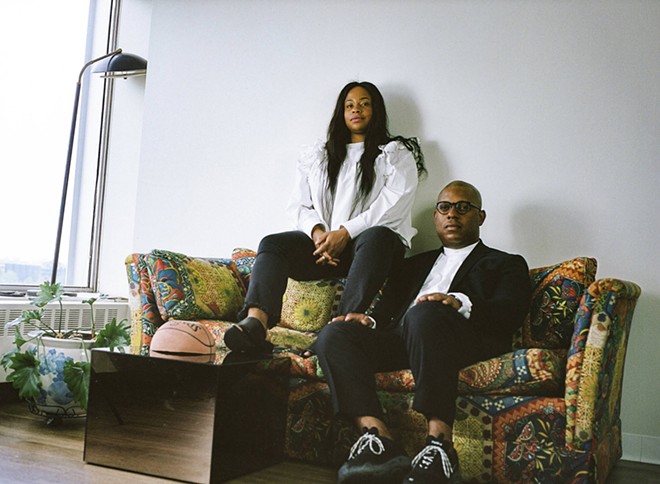 When he arrived in Detroit via New York in 2016, publicist Amani Olu was blown away by the arts scene he found here. That inspired him to highlight it by co-founding the inaugural Detroit Art Week with Aleiya Lindsey in 2018, which largely united numerous existing arts exhibitions and events already happening under one banner.

Unlike last year, a number of the events are special to Detroit Art Week. This includes Future Distortion, an immersive and surrealist installation by the Hygienic Dress League at the former Our/Detroit Vodka space at 2545 Bagley St., and This Must Be the Place, an environment-themed exhibition by Ellen Rutt at the Eightfold Collective. 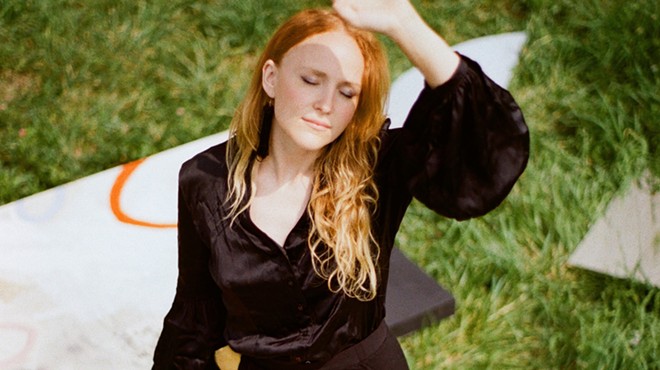 For their installation, Hygienic Dress League's husband-and-wife duo of Steve and Dorota Coy say they were approached by the new owners of the former Our/Detroit Vodka space, which is now a bar called Bagley Central, about creating a piece. They also knew about Detroit Art Week and got the idea to do something timed to open alongside it.

"We really like what Amani is doing, and it's cool to have, you know, just to build onto that energy that's grown in the city," Steve Coy says.

The duo built a walk-in installation in an industrial part of the building, accessible by a discreet speakeasy-style door. Inside is a darkened room illuminated by ultraviolet lights shining on luminous, bright fields of paint. The duo describes it as a "portal" to a "matriarchal future." "The idea is you're in 2019 in a bar in Detroit, and then all of a sudden you step into this, like, strange future realm," Steve Coy says.

The installation features the imagery that the Hygienic Dress League has been known to employ with its work. There are mannequins wearing HDL's signature gas masks, emblazoned from head to toe with rhinestones. Another sculpture features a Virgin Mary statue, also wearing a gas mask, rendered in gold. Another is a massive, 15-foot-tall deer-headed female deity.

Steve says part of the appeal of the project was activating a nontraditional art space. "We love galleries and museums, but you're kind of poised and ready to see art when you walk into those spaces," he says. "And so when we know people will be coming in intentionally to see our work, or there might be a few people that are just at the bar that night and find out there is this other world in the back." The exhibition opens 9 p.m.-2 a.m. on Friday, July 19.

That goes with the ethos of DAW. "I think it's really activating the city around contemporary art," Lindsey says. "I mean, there are plenty of moments where the city is activated around music, like Movement, or the Jazz Fest. There are very few moments where the city is activated around art, but when there is an art opening or celebration, there's so much excitement. I remember some of the first [Red Bull Arts Detroit] openings, even up through now, 3,000 people would show up. So there is a real thirst for something like this in the city."

And there's also a thirst nationally for people to have a reason to come to Detroit for art, too. "Part of the way this came about was from us traveling and going to art fairs, working with our clients, and being around and people saying, 'Oh, I want to go to Detroit, but I haven't had a reason yet,'" Lindsey says. "So we created a reason with Detroit Art Week."

On that note, DAW has partnered with the hip boutique hotel Trumbull and Porter for Young Curators, New Ideas V, the latest iteration of a series Olu founded in 2008 in Brooklyn, New York. For the event, 12 curators have transformed 12 rooms in the hotel into miniature contemporary art galleries.

"We wanted to create a 'there' there for Art Week," Olu says. "Meaning, it's one thing to go into the city and see exhibitions and go to parties or performances, but we wanted a place where people could see art, where they could eat, sleep, drink, party, and relax. And we found the Trumbull and Porter Hotel to just be set up as a way where we could realize this vision of the other 'there' there."

Aside from the DAW branding, many of the works and exhibitions in this year's Art Week are united by a common theme.

"What are some of the most pressing issues that our world is facing, but through the perspective of Black people, people of color, gender-nonconforming people, LGBTQ people, and women?" Olu says. "What kinds of curatorial proposals seen through those perspectives are touching on some of the issues of today?"

"For metro Detroit, we just really want to convey the magnitude of what Art Week is going to be," Olu says. "I mean, within one day you could do 16 different things."

Olu and Lindsey say they hope Detroit Art Week can return again next year. "We want to do it every single year," Olu says. "We hope that it's something that can help drive cultural tourism to Detroit. There's a bunch of music festivals and car shows, all of that stuff. We want to kind of anchor the art culture side of things."

Detroit Art Week kicks off with Young Curators, New Ideas V from 4-8 p.m. on Wednesday at the Trumbull and Porter Hotel; 1331 Trumbull Ave., Detroit; 313-496-1400; trumbullandporterhotel.com. One-day passes are $5, five-day passes are $10. A $30 ticket grants access to a courtyard afterparty with DJs. The full Detroit Art Week schedule can be found at detroitartweek.org.