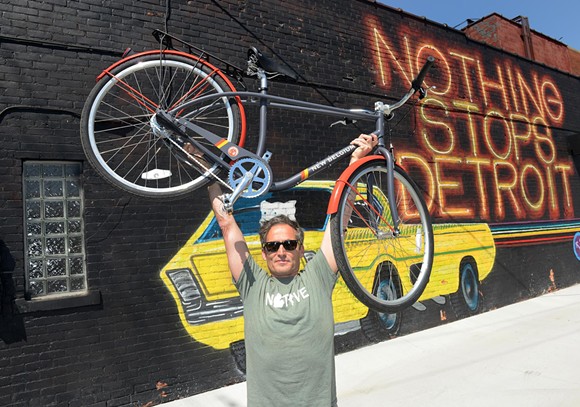 Photo by Vaughn Gurganian
Charlie LeDuff
The Pulitzer prize-winning reporter/cellphone thief-nabber/walking content factory Charlie LeDuff has quit his gig at Fox, announcing the move in a post on his Facebook page on Monday.

According to the post, his last day with Fox will be Thursday. His show, The Americans, has been syndicated to Fox stations across the country since 2014.
LeDuff says he has nothing lined up next, although he plans to remain in Michigan. When I profiled him in Metro Times last year, he didn't hint at what his next move might be.