‘Birds of Prey’ is bird-brained 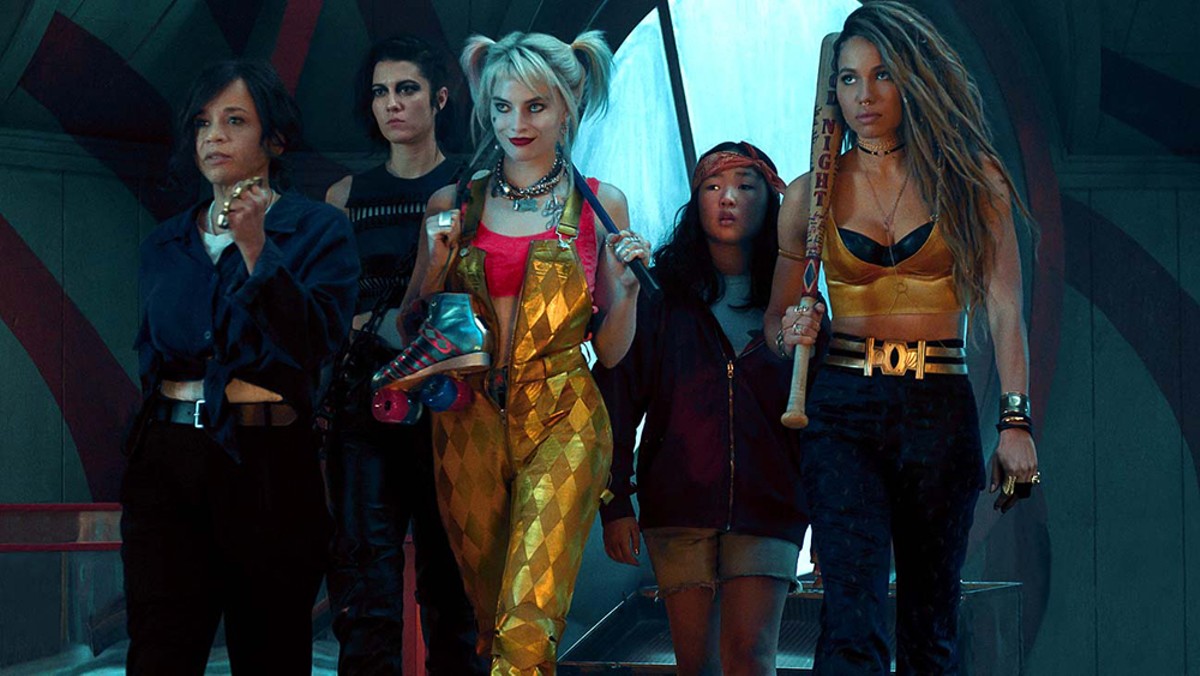 Margot Robbie's voiceover dominates the first half of Birds of Prey. As Harley Quinn, she's the film's oddly reliable narrator (here, as in the comics, she's both a former psychiatrist and a freewheeling, gleefully deranged criminal), providing both a narrative on-ramp and a syrupy, did-I-do-bad running commentary that's likely to be funny only to herself. Part of a string of underwritten girl-gang films that ought to have been much better (Ocean's Eight and Hustlers come to mind), it assembles a more-than-able cast and crew but fails to deliver the kind of script that would grant them each a sense of any credible inner life.

There are few experiences more harrowing than bad stand-up. Enough to have put me off amateur-driven comedy, I think for good, the repeated spectacle of dudes kvetching about their ex-girlfriends — plainly stand-ins for all women — haunts me to this day. Harley's narration here is a lot like that, underlining itself in coy ways but always scanning as too desperate to draw a laugh.

Likewise, it's men, both absent and present, who structure Birds of Prey's story and narration. Facing down the ostensibly formidable realities of single life, Harley appears before us fresh off a breakup with the Joker from DC's still-bizarre Suicide Squad (cartooned images of the character commit Birds' best trick in their erasure of Jared Leto). Losing the halo of underworld protection bestowed by her crimelord-cum-local-celebrity ex means that she's newly accountable for a long history of violent actions, and faced with a hearty surfeit of righteous, vengeful goons.

This fresh minefield — we'll call it responsibility, or adult life — leads Harley to seek the protective stewardship of a new man, this time in Ewan McGregor's preening crime boss and trust-fund sadist, Roman "Black Mask" Sionis, whose misogyny is on frequent public display. Gambling on the hope of his protection — and betting her own life on it — Harley seeks a MacGuffin in the Bertinelli diamond. If delivered to Black Mask, the lost heirloom would provide her with an indefinite lease on life; in seeking it out, she encounters a troupe of other tough and — incidentally — single women after the same thing, many of whom have been overshadowed by patriarchal forces in one way or another.

That's a fairly large cast to depict and introduce, and most of the actors would seem sufficiently able — if only the film had a decent script. As it stands, writer Christina Hodson (also of Bumblebee) hangs too much of the film on Harley's shoulders when the other characters clearly have more to offer. As told by Harley, Birds is wrecked and scrambled in its first half by introducing every character with a baroque, origin-story flashback, a structural tic that bestows a distancing quality without either proving as entertaining as it hoped to be or coloring in its characters' psychology in any meaningful way. Gabby, baroque, and fruitless, the first half of Birds is burdened as much by unfunniness as it is by narrative drag. Stopping every five minutes to puncture your own story isn't intrinsically smart, so much as it courts being smug — and here it's dull on top. If Birds of Prey thinks it's too good to be a superhero movie, then perhaps it shouldn't be one; since it is, and stands quite pointedly to elevate a cast of women, it really should be better.

And that's a shame, for the ingredients for a buoyant, subversive, and energetic movie are basically present. The cast had the potential to enliven a story so straightforward it should be impossible to screw up, but each leading woman is reduced to being a delivery device for iterative jokes. Montoya is a cop who talks like a movie one, Huntress is stultifyingly awkward, and Cain's character is left a generic teen, surly and broadly written. Meanwhile, most everyone's dress and affect remains perplexing — do all their clothes have to be so shiny? Its overall vibe, derived from Suicide Squad's goth-punk aesthetics, is here a bit shaggier, the costuming less designed for sexist ogling (Harley wears overalls instead of running around in her underwear) and so definitely improved; there's some good wallpaper here and there, but its aesthetics still fail to coalesce enough to ever generate an appealing, involving world.

Instead of having a homegrown personality, Birds of Prey finds a false, camp tone that feels received instead of internally generated, failing — as good satire must — to be suggestive of anything much. Its voiceover recalls Scorsese or Boondock Saints, its messy structure might hark to Quentin Tarantino, and its violence feels inflated, cartoonish, but largely inexpressive — just gross enough to earn the film its R-rating. Legs break, knives cut, and as people scream, Birds delivers a spectacle that's certainly ugly to look at in places. Even in its best fight, which features some imaginative blocking and takes place in a warehouse, the effects seem too rubbery to be genuinely convincing. It's the same basic failure of believability that coats all the film's proceedings; Birds is just too restless to ever settle on a tone.

It should generally be enough, when writing women or anyone else, to make them psychologically convincing, granting them, even in genre work, a full sense of inner life. By not doing so, instead opting to squeeze out characterization in favor of bad jokes, this movie flounders in its essential task. The year is 2020, and so writing its women well is the very least it — or any movie — should bother to do.