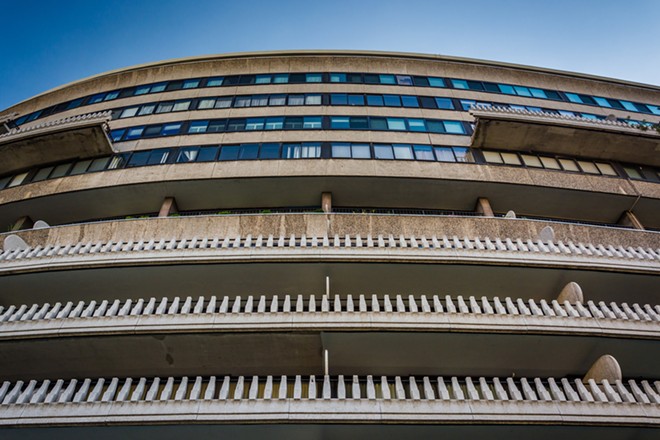 A few years before he was hailed a folk hero and his name became synonymous with the Watergate affair, Frank Wills was heading nowhere fast.

After getting his girlfriend pregnant, the Black teenager dropped out of high school. A native of North Augusta, South Carolina, and the son of a single mother who kept food on the table working as a domestic for white families, Frank was fortunate to have Reverend Nathaniel Irvin, his history teacher, point him in a more positive direction.

In 1964, two years before Wills left school, President Lyndon B. Johnson had launched his “War on Poverty” initiative, an ambitious plan designed to address the economic and educational inequality between whites and people of color. It included federal job training for young men like Wills, to prevent them from falling into a cycle of poverty, chronic unemployment, and crime. The program was called Job Corps.

Similar to the Conservation Corps that was created during the Great Depression, Job Corps would take these young men (and women) out of their troubled environment and send them to out-of-state sites, where, in addition to occupational training (i.e., food service, auto, and machine repair or construction trades), they would attend school.

Reverend Irvin was a vigorous advocate of the program. He had witnessed his former students enroll in Job Corps and return home more confident and employable. Irvin encouraged Wills to apply, but the odds were heavily against him: 300,000 applicants for 45,000 spots. Wills went to a local employment office and applied. Within two weeks, he was notified. By sheer luck, he had beaten the odds.

Once accepted, he was assigned to a men’s center in Battle Creek, Michigan, nearly a thousand miles from his home, a bit scary for a young man who never traveled beyond Georgia and South Carolina. Determined to establish economic opportunities for himself, he left his home, mother, girlfriend, and baby son.

Originally used as a World War I training facility for soldiers, the center was called Camp (later Fort) Custer, in honor of the famous General George Armstrong Custer. Wills and his fellow Job Corps cadets were housed, fed, and trained onsite. The typical enrollee was like Wills: black, eighteen years old, and most likely a high school dropout. It was expected that participants, who could leave at any time, stay for up to twenty-four months.

Many of the Job Corps sites were located in rural America, far away from the urban centers most of the enrollees were from. The white residents living near these centers were “resentful” that busloads of mostly African American and Hispanic young men had “invaded” their towns.

While at Fort Custer, Wills “studied heavy machine operation” and learned to operate back loaders and graders. He took classes toward a high school equivalency diploma, though he would not complete all the requirements.

Out of the program and still without a high school diploma, nevertheless, Wills landed on his feet. Using skills he acquired in Battle Creek, he found employment in Detroit. Arriving in the Motor City sometime in 1967 or 1968, Wills was hired to work on the Ford Motor Company assembly line in the city’s suburb of Dearborn. At Ford, he was assigned to install the front and rear bumpers for the Mercury Cougar. As unfinished cars passed above Wills’ head, forcing his neck to constantly stay at an uncomfortable forty-five-degree angle for eight hours a day, he was tasked with fitting bumpers on 75 to 100 vehicles. Although it may have seemed like a mundane task, it was stressful for Wills. He dreaded being the incompetent worker who was responsible for holding up the line of cars on the massive assembly line, which came to a halt when there was a delay.

With no family, few friends, and limited career options, all he looked forward to was Friday — payday. He did take pride seeing the Cougar on the road, pointing out to friends that he was the one who had installed the bumper. After being let go from Ford, he worked at Chrysler Motors. That job didn’t pan out either.

Unable to secure lasting employment at Ford and Chrysler, he went from job to job, including a stint as a part-time security guard at a department store. It was the first time he worked in an enforcement position. Hired as an “undercover store detective,” Wills seemed to have a knack for identifying suspects before they left the store with the stolen merchandise. On one occasion, he observed a gentleman putting clothing items in his pockets. It appeared to be a routine situation. Per store policy, Wills waited for the suspect to walk out the door before apprehending him.

But the perpetrator exited quickly and Wills had to confront him in the parking lot. At this point, Wills was alone and far enough from the store that he could not easily holler for assistance. He took his chances and asked the suspect to empty his pockets.

Instead, the suspect turned around and pointed a .38 caliber gun at Wills.

“Turn around. Walk back in that store and don't look back!” he demanded.

Wills did as he was told. When he went back inside and told his manager, who called the police.

Despite this incident, Wills had come to the realization that he enjoyed security work — the pay, status, and possibility of advancement.

In April 1971, the twenty-three-year-old attended a party, where he struck up a conversation with visitors from Washington, D.C. Wills was intrigued when he heard from the out-of-towners that higher-paying jobs, especially for security guards, in the nation’s capital were plentiful. Plus, it was geographically closer to North Augusta, making it easier for him to see his mother. The D.C. guests invited him for a visit. He took them up on the offer, boarding a Greyhound bus. He planned to stay only for one week but instead stayed for two. When he returned to Detroit, he packed his bags, and once again boarded a bus for D.C., but this time he bought a one-way ticket.

Older, wiser, and more confident, Wills was initially hired as a busboy and a hotel bellhop before he obtained a job as a security guard. Standing six feet tall and weighing 155 pounds, he was clean-cut and handsome, with closely cropped hair, a neatly trimmed mustache, and an engaging grin, which he usually suppressed. Retiring and soft-spoken, he had a drawl that clearly identified him as a Southerner. He never projected a threatening presence, but his height, quiet demeanor, and guard uniform conveyed a sense of importance.

Paid slightly above minimum wage, which came to $80 a week (the equivalent of $500 today), Wills served as a watchman for various buildings in town during the day, as well as after business hours. He was often assigned the lonely midnight-dawn shift. Working alone suited his introverted personality.

In May 1972, he was promoted and given notice to report to 2600 Virginia Avenue NW — the Watergate Office Building.

Shortly after midnight on the morning of June 17, 1972, Frank Wills, working the graveyard shift, observed an unlocked door while conducting a routine patrol. When he inspected the door, he saw a piece of gray gaffer tape affixed to the latch. Wills removed the tape and noticed that the latch was full of cotton and paper. He pulled the material out of the latch and moved on. About an hour and a half later, on his second round of inspection of the eleven-story office tower, Wills entered the same floor where his shift had begun and once again checked the door.

It was at that moment that Wills knew he was not alone in the building. The tape that he had removed had been reapplied. Wills called the police. In that moment, Frank Wills’ life changed forever. And so would the nation’s.