As the world tweets 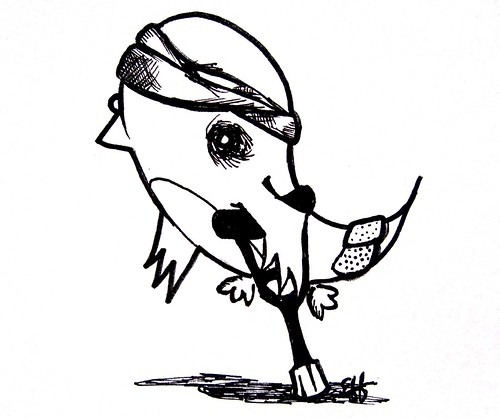 To those not paying attention to world news in the days leading up to the Iranian election, it appeared as if nothing was wrong, especially in the social-networking world. Twitter’s trending topics included Conan O'Brien and Jimmy Fallon, the iPhone and PETA. We all went to bed, only to wake up the next morning to absolute tweet carnage. Timelines were flooded with things with tags like #IranElection, #Tehran, and #FreeIran, and suddenly the Twitterverse was launched headfirst into a global sociopolitical crisis, whether it liked it or not.

The government of Iran was running around shutting out foreign journalists and blocking Internet access and cell phones, but some people could still access Twitter. And with murky, incomplete, or simply no information coming out of Iran, mainstream news outlets turned to the website for facts.

The problem with that is, Twitter can be accessed by anyone. Anybody can post anything, and if it’s sensational enough a message might get picked up and re-posted hundreds or thousands of times, even if it has no basis in fact or reality or anything else. Initially the hailstorm of tweets was considered groundbreaking by all parties involved, including mega-news conglomerates. Civilian journalism! Telling it like it is! The word from the streets! It was all just so good to talk about, Twitter overthrowing a regime! People on Twitter said three million people were protesting in Tehran. They said things like “The losing candidate, Mir-Hossein Mousavi, was put under house arrest,” and “The president of the election monitoring committee declared the election invalid on Saturday.”

But as time wore on and real news slowly started to trickle out of the region, things as reported by Twitter started to come under fire. It was looking more like thousands of protestors, not three million. There was no house arrest for Mousavi, he was just being watched. There was no declaration of a bad election. Things are not always as the Internet says they are — a hard pill for most of the 25-and-under set to swallow.

The problems with Twitter in relation to Iran are thus: It’s unrestricted, it doesn’t support Farsi characters, and there’s a mob mentality that can push misinformation into the headlines. Anybody can post anything without any consequences, and if it gets picked up and retweeted by hundreds or thousands of people, that misinformation can become as referenced (or more-referenced) than what little real reporting is coming out of a hostile region. The sobering truth is that 50 million screaming bloggers can all be dead wrong.